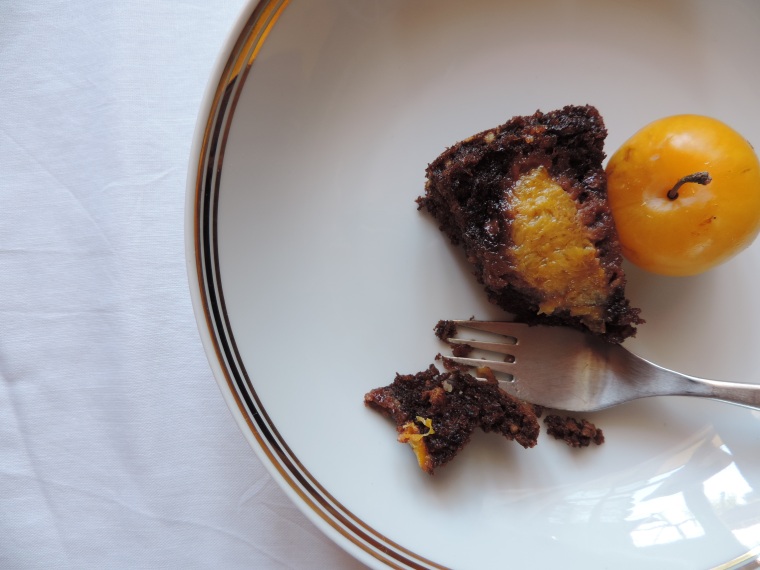 …yes, yes, I know. ” La Tartine Gourmande: recipes for an inspired life ” has been published more than a year ago, and Bea Peltre doesn’t need any introduction either.

It’s just that I liked the book, and I felt the need to talk about it here, I suppose.

What attracted me the most about Bea’s book, I must admit, was the cover. ” never judge a book from the cover ” is a saying that, apparently, doesn’t apply to this book: it really is worth its price just for that pretty quail eggs photo, I think.

But, even more so, for the truly inspiring recipes: if you’re scared of spicing up a bit your dishes, if you feel dubious when it comes to ginger and lemongrass, then maybe – or maybe not – this is not the right book for you.

But I like to experiment: you may have noticed, if you’ve read some of my previous posts, that I like to add a teaspoon of this and a dash of that to give a little twist to dishes and treats well known; not always my relatives receive these concoctions without that doubtful expression that says: ” have you done it again? Have you messed up with a beloved classic? “. But, you know what?, I’m lucky: they always try the things I create, even when they have ” that ” expression. And more often than not, they like them too. In a way, they’re lucky too, having the possibility to try and find new favourites. Isn’t this the beauty of taking a leap of faith, However small?
If you like to cook, you’ll probably know this sensation.
And possibly Bea knows it too. 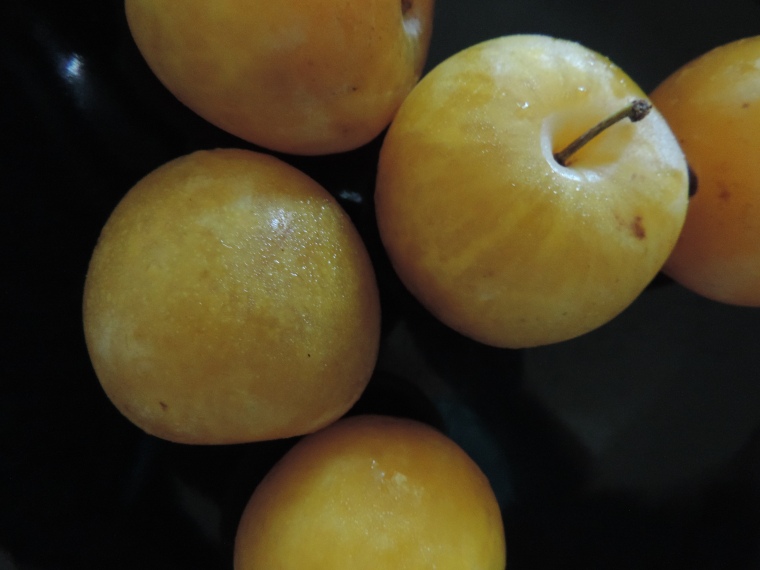 So far, I prepared only a few recipes from the book, and stole many good tips and ideas ( delicious little tartlets the thickness of a biscuit, with thin slices of honeyed fruit on top? Clever! ); but, I think I’ve bookmarked every single page of the book: the gorgonzola and pear risotto, the Jerusalem Artichoke soup with truffled oil, the honey and lemon chicken with zebra tomatoes… Ad of course, everything chocolate in the book. As imaginable, the few recipes I’ve already tested do involve chocolate, for the most part. Predictable girl.

…and in fact, even if here is so damn hot that, with an IPad on my knees, I really do think I’m going to melt soon, it’s a chocolate cake the recipe from this book I want to share with you: a chocolate and plum cake, to be exact. I’ve given it a bit of a twist adding more chocolate ( of course! ) for moisture, but not much more than that. And it really does keep its promises: it’s moist and fudgy, and the plums add just the right amount of fruity tanginess to the bittersweet of the chocolate.
Try it. Even if it will be not earlier than in the autumn, I will feel pretty much content. It is not the most beautiful cake I have ever baked ( mostly because of the overripe plums, to be honest ) but it is really comforting and gratifying. And is it not these very sensations, what one search from a thing as simple as a cake? 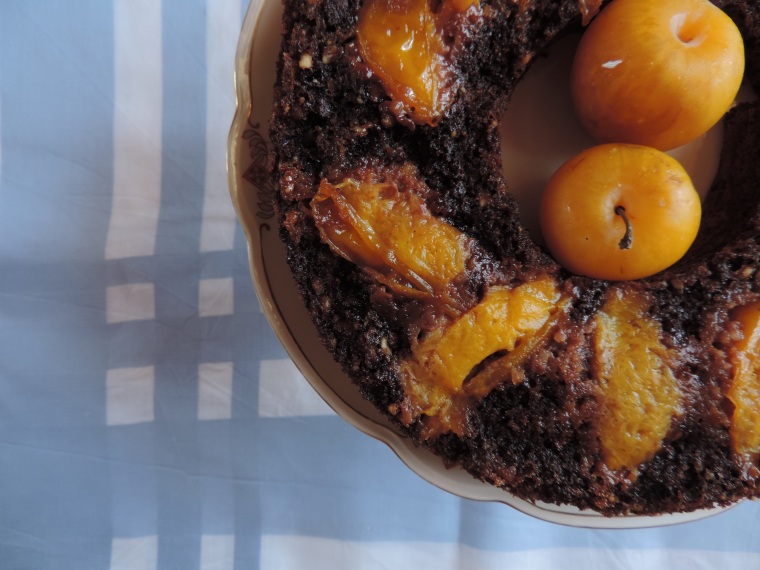 Preheat the oven to 350F ( 180 C ). Grease the mould and Line the bottom with a circle of parchment paper; set aside.
In a frying pan, melt a tbs butter with a tbs of sugar and the cinnamon; add the plum slices and cook for 2 minutes or until soft, but not mushy. Set aside to cool.

In a saucepan, pour 1 inch water; then, place a second, smaller saucepan over the first, being careful not to let it touch the water. Place half of the chocolate in the smaller saucepan and put the two stacked saucepans over low heat, stirring often, until the chocolate has melted ( be careful: it will burn easily ). Set aside.

In a bowl, combine the flour, almond flour, baking powder, baking soda, and the other half of the chocolate.
In another bowl, whip the eggs with the sugar until pale and thick; stir in the vanilla and the melted chocolate. Add the dry ingredients to the liquid, and mix gently to combine. Add half of the plums cooking liquid to the batter.

Arrange the plums on the bottom of the pan; then, pour the batter over them. Bake the cake in the oven for 25 minutes, or until a skewer insert ed in the center comes out clean.
Let it cool for 10-15 minutes in the mould before trying to unmoulding. Serve warm. 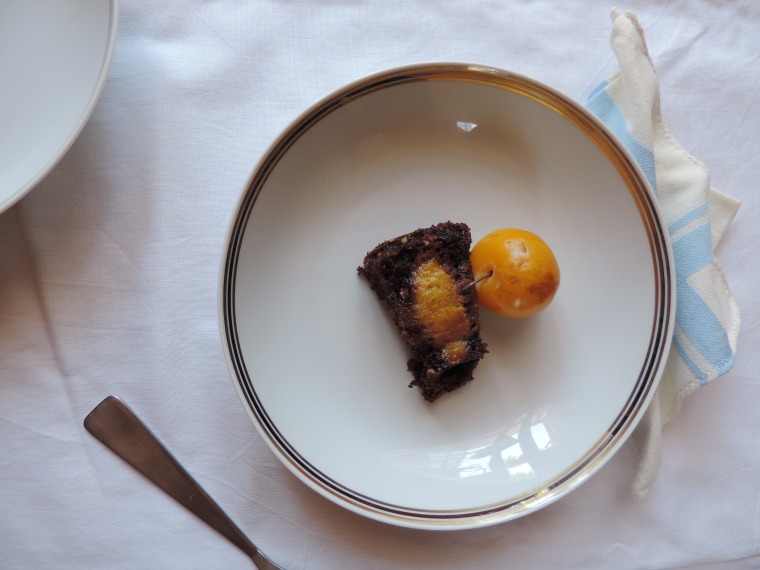